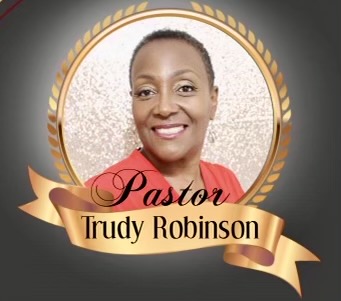 St Paul Church of Christ, Disciples of Christ Church, Ayden, North Carolina is more than 107 years old. Officially, based upon available documentation we can only account for records dating back to August 1911. The founders of St. Paul were Rev. P.R. Mewborn, Rev. W.B. Parks, and Missionary Luette Bangam. Missionary Bangam began to hold worship services for the saved/unsaved and prayer services in a two-room school building located on South Lee Street.

Rev. E.F. Johnson oversaw the building of our first sanctuary which was located on our current site. During the building process worship services were conducted at the Methodist Church on the corner of High and Planters Street.  After completion Bishop Hardy Davis became pastor for several years. Reverend Samuel Loftin became pastor in 1930 and served until his death.

In November 1976, the church was again damaged by fire. A sad Sunday morning, yet the members never gave up. Services were held at Morning Star Holiness Church until February 1, 1977.  Once again God favored us, and the church was reconstructed under the watchful care of Reverend W.W. Wilson.

In April of 1985 Elder F.C. Slade became pastor.  After his tenure, Elder R. Tiffin McCarter was elected pastor in February 1990 and served until 1998.  Bishop Vance W. Cogdell served as pastor from November 1998, resigning in November 2008 due to illness.

The church was without a pastor from December 2008 until first week of July 2009. God still had the last say, the deacons and ministers of St. Paul kept the church on a spiritual path until that time.  On July 10, 2009, Elder Charles H. Robinson III, was elected, appointed and ordained as the 14th pastor. He visualized a thriving ministry that cultivated the next generation of leaders. This vision is established in the extravagant grace and abounding love of God in Christ Jesus. It is a vision to equip believers for stewardship, service and Kingdom building. This vision: “Going to Another Level with the Next Generation” was adopted in the church’s history on September 4, 2009.  St. Paul was also reunited in fellowship with the Southern Assembly Churches of Christ, Disciples of Christ International in 2013.

On October 9, 2017 our beloved Pastor Charles H. Robinson III transitioned to his heavenly reward. The ministry was deeply grieved and collectively mourned the loss of our leader and a great man of God. Trusting God’s plan for the ministry the members continued to walk by faith, convinced that God is fully able to fulfill His promises and perfect our purpose.  On the first Friday night in December Elder Trudy Y. Askew-Robinson was elected pastor of St. Paul Church of Christ. Official installation services were conducted on February 4th, 2018.

As a body of Believers, “We refuse to quit.”  As we rejoice in more than a century of God’s faithfulness, much is to be said about the strength, character and courage of the leaders, members, and pastor. We all work to make this house a place of refuge and of praise, with a commitment to worship in Spirit and in Truth.

To God Be The Glory